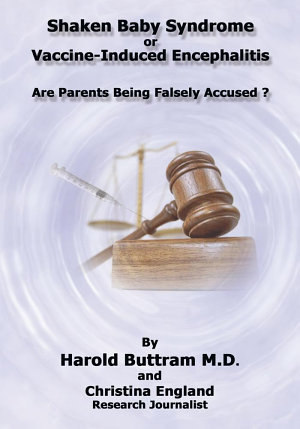 In 1971 Norma Guthkelch, retired neurosurgeon, published the first description of the Shaken Baby Syndrome (SBS). Within the next several years John Caffey, pediatric radiologist, wrote several articles supporting the SBS theory. Very soon after, when infants were brought into hospital emergency rooms in the U.S.A. with brain hemorrhages without known accidental explanations such as auto accidents or high distance falls, almost routinely the hemorrhages have been attributed to SBS or related diagnoses resulting in criminal conviction of parents or caretakers. These and other issues such as inflicted child abuse, non-accidental trauma, failure to protect, and other diagnoses are reviewed in this book “Since the original introduction of the SBS theory, conclusive evidence has emerged proving that these prosecutions have been founded upon tainted medical opinions and fundamentally flawed scientific methodology (i.e. junk science). It requires little imagination to understand the significant mental pain which parents undergo while grieving over the death of a child, as frequently occurs in these cases. Accusing this parent of murdering their child (with no real evidence) and putting the entire strength of the state behind this accusation is monstrous, when the entire accusation pivots upon facts which are now known to be false. Loss of job, loss of family and community ties follow the accusation. Moreover, the general public, the grand and petite juries, the states and the parties, all have an overwhelmingly strong interest in knowing if these prosecutions are founded upon reasonable interpretation of the facts – or – if the accusations are built around falsehoods and scientific impossibilities.” Quoted from the writings of Kent Holcomb. 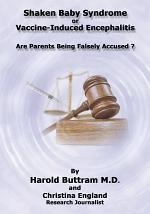 Authors: Christina a. England, Lucija Tomljenovic Phd
Categories: Medical
What do Munchausen Syndrome by Proxy, Gulf War Syndrome and shady vaccination policies have to do with the UK government? By using a wide selection of studies, papers and documents released under the Freedom of Information Act, we uncover how, by prioritizing vaccination policy over vaccine safety, the Joint Committee