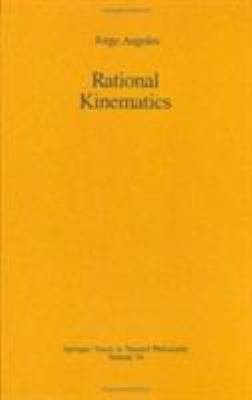 A rational study of kinematics is a treatment of the subject based on invariants, i.e., quantities that remain essentially unchanged under a change of observer. An observer is understood to be a reference frame supplied with a clock (Truesdell 1966). This study will therefore include an introduction to invariants. The language of these is tensor analysis and multilinear algebra, both of which share many isomorphic relations, These subjects are treated in full detail in Ericksen (1960) and Bowen and Wang (1976), and hence will not be included here. Only a short account of notation and definitions will be presented. Moreover, definitions and basic concepts pertaining to the kinematics of rigid bodies will be also included. Although the kinematics of rigid bodies can be regarded as a particular case of the kinematics of continua, the former deserves attention on its own merits for several reasons. One of these is that it describes locally the motions undergone by continua. Another reason is that a whole area of mechanics, known as classical dynamics, is the study of the motions undergone by particles, rigid bodies, and systems thereof.